A number of domesticated beasts are also associated with fairies, showing how often their society imitated and paralleled our own.  Sometimes this livestock was imagined as being its normal size, so as to match human sized fairies; on other occasions the creatures were diminutive, just like their supernatural owners.  Some of the creatures were larger than their counterparts in the human world, enhancing the fear associated with their unearthly origins.

We find regular reference to:

In summary, there seem to be a number of common features to fairy animals. They are very commonly pure white- a sure sign of their supernatural nature- and most commonly airborne (another clear indication of their enchanted nature). Although in many respects, their behaviour was identical with that of normal farm beasts, they were prone to appear and disappear unpredictably.  As with all fairy gifts, poor treatment of them guarantees their loss. 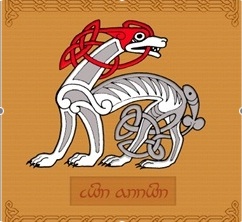