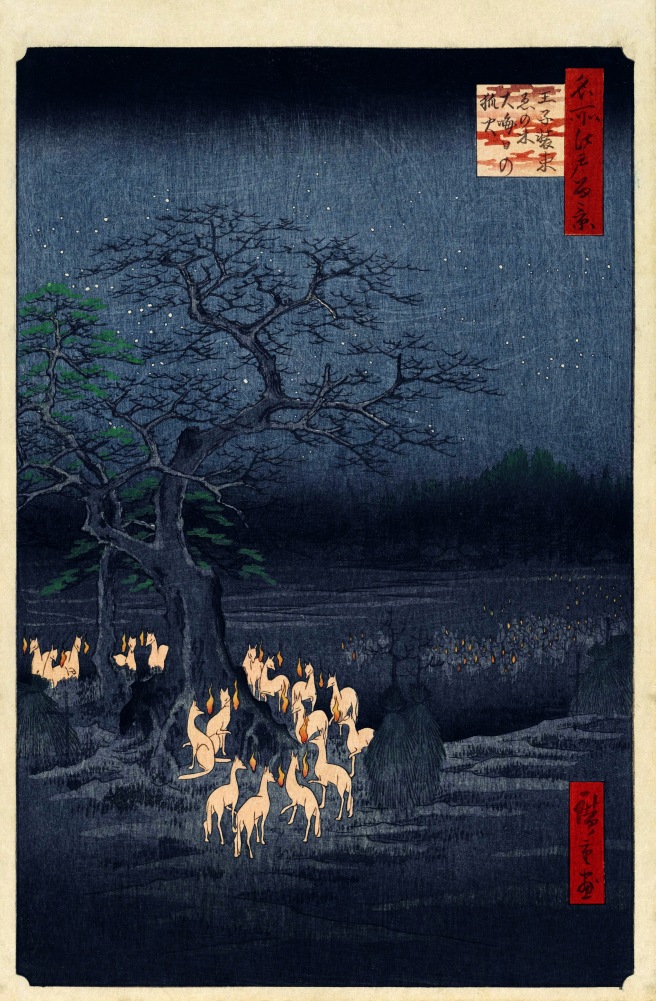 I’ve always been fascinated by the fairy foxes of Japan.  Foxes had always seemed mysterious to me as a child (because they were rarely and fleetingly seen- not so now that I am living in London!) and when I discovered the kitsune, the shape shifting supernatural foxes of Japanese mythology, I was immediately hooked.  These fairy foxes can speak, they can trick people, they can morph into human form or assume other, sometimes inanimate, shapes.  That unearthly wailing and yelping that foxes produce only confirmed and explained to me their reputation in the Orient and puzzled me as to why we did not tell similar stories.

In the British Isles, we have a tradition of fairy beasts, but it is not so strong.  The creatures tend to be solitary and do not have the scheming, magical nature of the kitsune.  The beasts are, nevertheless, antagonistic to human beings, by and large, a feature they definitely share with their eastern counterparts.  An encounter with a fairy beast is almost always perilous.  Meeting a fairy steed or hound at night will at least lead to a severe fright, if not an actual fatality.  They will chase the hapless wanderer, or seek to carry him off and drown him.

We often conceive of fairies as exclusively anthropomorphic, but even a brief review of the folklore reveals that they come in a variety of forms, including shape-shifters.  This serves to emphasise the fact that the boundary between conventionally conceived fairies and ghosts, spirits, giants and monsters is fluid and uncertain.  By its nature, folk belief is not rigidly categorised; perhaps only the supernatural nature and undercurrent of peril are common to all these creatures.

3 thoughts on “Kitsune and fairy beasts”