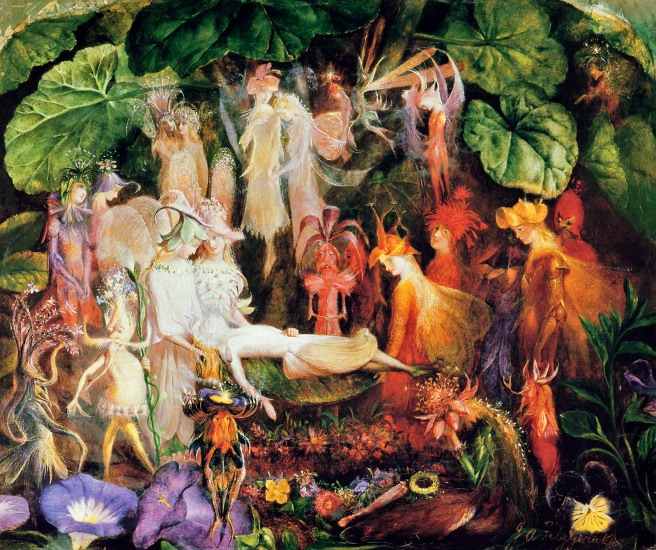 It’s a widespread belief that fays are immortal.  In fact (and surprisingly) the folklore evidence- scattered as it is- clearly contradicts this.  Fairies are mortal and, it follows, they can be killed.

Fairies’ life spans are considerably longer than ours, which probably explains the common misconception, but nonetheless they do die eventually, something the Reverend Robert Kirk expressed with his usual style:

“They are not subject to sore Sicknesses, but dwindle and decay at a certain Period, all about ane Age.” (Secret Commonwealth, chapter 7)

Another Scottish account of fairy life-spans states that they live through nine ages, with nine times nine periods in each:

That the fays will eventually sicken and pass away is confirmed by a couple of pieces of evidence.  Firstly, fairy funerals have been witnessed.  William Blake most famously described one, but his account is probably more poetic than authentic.  Other people have however stumbled upon fairy funeral processions (for example, that of the Fairy Queen at Lelant in Cornwall) and the Reverend Edmund Jones, living in Monmouthshire in the late eighteenth century, told of several such funerals seen which foretold deaths in the mortal world, quite often that of the witness.

Secondly, there are a few allusions to fairy cemeteries.  One was believed to be at Brinkburn Priory in Northumberland;  generally in the north of England it used to be said that any green shady spot was a fairy burial ground.

So, despite great longevity, age and sickness will ultimately overtake even the fairies.  This is sad, but not necessarily shocking.  More disturbing is the evidence that fairies can be killed prematurely.  I have discussed fairy warfare in a previous post; it’s almost unavoidable that blood will be spilt in such conflict, but we might still not think it so remarkable that one magical being can slay another.  The truth is, though, that humans can murder supernaturals.

Nymphocide (I’ve just invented this word, by the way) may occur accidentally.  One version of the story from Brinkburn is that it was the ringing of the bells of the church that killed them (Denham Tracts, p.134).  I’ve mentioned before fairies aversion to church bells; this particular story takes that theme to extremes.

Other fairy murders are just that- deliberate and premeditated killings.  One case from Shropshire concerns some nuisance boggarts in a farmhouse.  The story follows the pattern of the “we’re flitting too” type of tale, in which the human family try to escape their unwelcome companions by moving house, only to find that the boggart comes with them.  In most versions the humans reconcile themselves to their unwanted housemates, often giving up the move entirely.  In the Shropshire version, the humans take matters to their logical conclusion.  Unable to give the boggarts the slip, they trick them into sitting in front of a blazing fire in the hearth of the new home and then topple them into the flames, where they’re held in place with forks and brooms until they’re consumed.

Some other nymphocides at least seem to be crimes of passion or are committed in the heat of the moment or in self defence.  On the Hebridean island of Benbecula a mermaid was accidentally slain by a stone thrown at her head during an attempt by some fishermen to capture her.  In the ballad, Lady Isabel and the Elf-knight, the heroine lulls to sleep the fairy who plans to kill her and then stabs him to death; in another version she drowns him- but the ability to kill is the point.  J. F. Campbell relays a story concerning the killing of a gruagach with a sword (Popular tales of the west Highlands, vol.1, p.7).  The Reverend Robert Kirk also mentions a man with second sight who, during a visit to faerie, “cut the Bodie of one of those People in two with his Iron Weapon.”  All of these raise tales the possibility that it is the iron of the weapons that is significant.  We know that iron is a good defence against fairies and it seems only reasonable that it should be fatal for them too.

This evidence may surprise and shock some readers, but it fits with the general tenor of traditional fairy lore.  If the fairies are dangerous and untrustworthy beings, it seems inevitable that sometimes a person will conclude that the only safe and permanent solution will be to do away with the perceived threat.

A related, but separate, procedure is the ‘laying’ of a supernatural- normally a boggart- which involves permanently banishing or exorcising the creature.  Perhaps this will be the subject of a future posting… 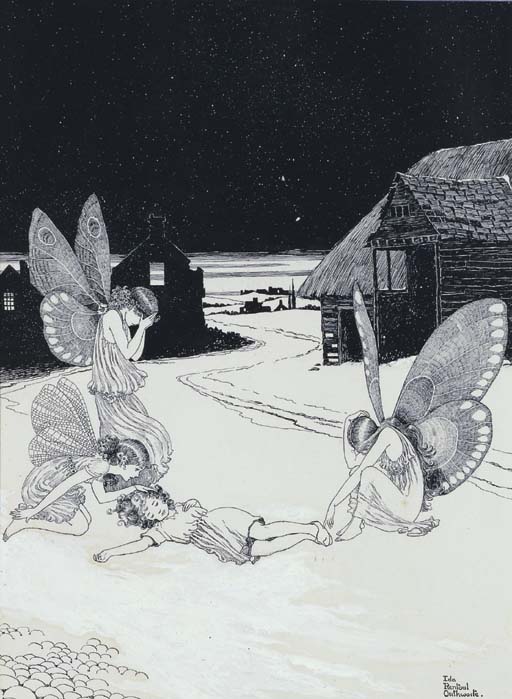