There is a procedure for ‘laying’ (or exorcising) fairies, just like ghosts.  This seems to apply particularly to the boggarts of North West England and, it has to be said, the difference between boggarts and ghosts is not always clear-cut in the stories that are told.  I’ve discussed before the uncertain relationship between fairies and the dead. 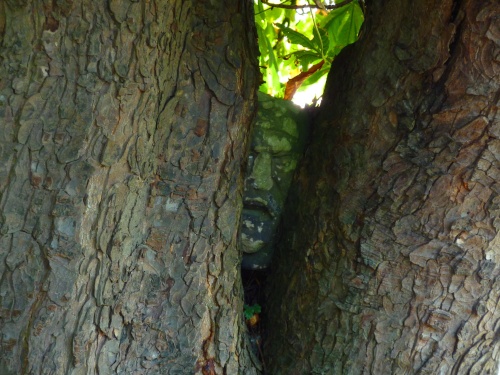 There are still quite a few spots identified where boggarts have been laid- for instance under a laurel tree at Hothersall Hall near Ribchester.  Milk is poured on the tree roots, both for the benefit of the tree and to prolong the spell that imprisons the spirit.  A stone head excavated locally now sits in a fork of the laurel’s trunk and is widely regarded as being ‘the boggart.’

At Towneley, Lancs, a deal was done with the boggart to banish him.  He haunted a bridge over a small stream and demanded gifts from terrified travellers.  In return for a promise that he would stay away as long as the trees were green, he was given the soul of the next living being to cross the bridge.  The bargain was sealed by the locals by sending an old hen across the bridge; true to his word the boggart vanished and (of course) evergreen shrubs were quickly planted in the vicinity.  There are two other locations in the same county where the terms of banishment were the same: the boggart agreed to stay away so long as certain evergreen plants might be found in leaf (holly and ivy).  This doesn’t, perhaps, say much for the wits of the average boggart but it’s of a piece with the story of the farmer who agreed with a boggart who claimed rights over his field that they would take the above and below ground crops from the disputed land in alternate years.  The farmer promptly planted potatoes followed by wheat- and the boggart received wheat roots and potato tops for his pains. 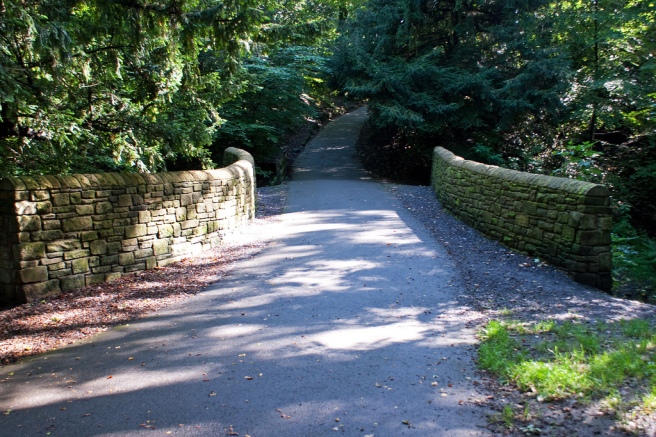 In Written Stone Lane, Dilworth, Lancashire, lies a slab of stone measuring nine by two by one feet, upon which is inscribed ‘Rauffe Radcliffe laid this stone to lye for ever, AD 1633.’  It’s believed that this was done to lay a boggart who had haunted the lane and scared travellers.  A local farmer later decided to ignore Radcliffe’s wishes (and warning) and took the slab to use as a counter in his buttery.  It took six horses several laborious hours to drag the rock to his farm and, after the stone was installed, nothing but misfortune followed.  No pan or pot would ever stay upright upon it, eventually persuading the avaricious man to return the slab whence it came.  It took only one horse a short while to pull the rock back and once it was restored the disturbances promptly ceased.  In County Durham there’s another stone under which a boggart is said to be laid- and on which no weary traveller can ever sit and rest easily.

Sometimes prayers are used, underlining the uncertain position of boggarts and faeries in our theology.  Are they some sort of evil spirit or simply antithetical to the Christian faith?  Whatever the answer, some boggarts were harder to banish than others.  Some might disappear through the ministrations of just one priest; others might need several praying as a team and, in a couple of instances, the fervent supplications of an entire village were needed to lay the sprite.

At Grislehurst in the same county of Lancashire a boggart was laid in spectacular manner, in a grave under an ash and a rowan tree and along with a staked cockerel.  Despite the presence of the two fairy trees and the use of the stake, which we all know from vampire hunting, the method didn’t work, though, as in 1857 the creature was still reported to be terrifying locals at night.

We have no information as to how you trap your boggart in the first place.  It’s been quite widely reported that in the town records for Yeadon, West Yorkshire, payments are shown being made to boggart catchers.  The report of this is late Victorian but I’m not clear if the records themselves come from earlier in the nineteenth century or refer to an even earlier period.  Either way, it seems that this expertise has now been lost, which is regrettable, given the fact that most fairy captures are entirely accidental.

The layings described so far were ways of getting rid of nuisance boggarts and were brought about by humans.  We should recall, however, the mournful song of the brownie called the ‘Cauld lad of Hilton.’  He wandered the Northumbrian hall crying:

For the Cauld Lad, evidently, laying was a condition to be desired, to release him from his earthly bondage, and it was eventually achieved by that classic means of the gift of clothes.

It seems then that spirits might be laid to rest consensually and without violence.  On this point I recommend the story Hobberdy Dick by pre-eminent fairy lore expert Katherine Briggs.  This is an intelligent and well written fairy story- as much for adults as children- which makes good use of Brigg’s vast folklore knowledge and which concludes with an interesting speculation that laying with the gift of clothes was a form of salvation and redemption for the domestic spirit. 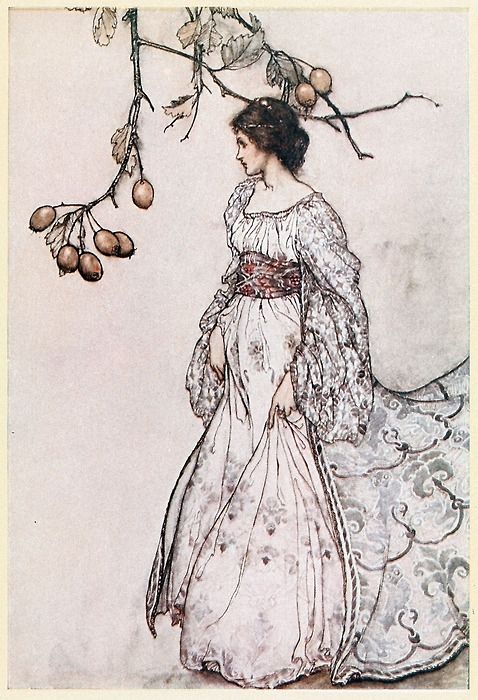 In the modern age, with the prevalent view of fairies as attractive and benign beings with whom we wish to make contact and commune, the concept of charms to protect ourselves from supernatural interference seems alien.  However, as I have described previously, the view of faery was once very far from favourable and prophylactics were widely known.

The folklore evidence offers a variety of means of keeping oneself safe from fairy visitations.  The recorded methods are: