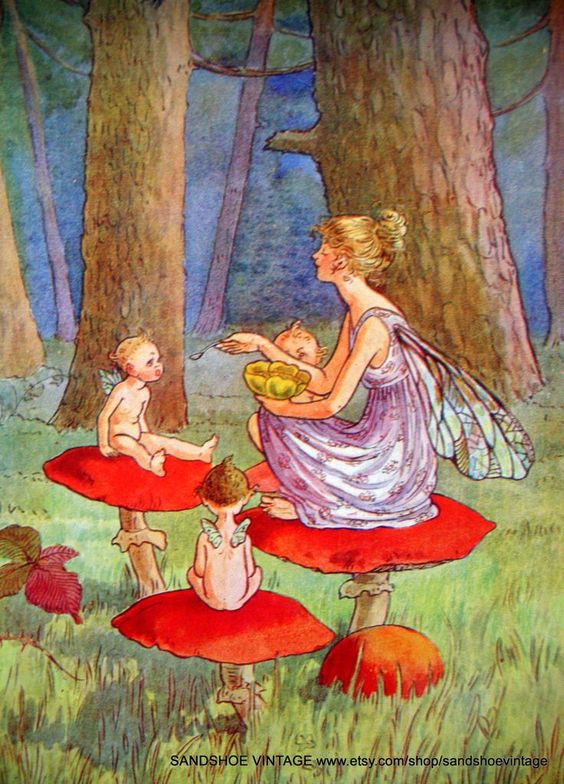 I have described in other posts the various ways in which the faeries can prejudice human health. Here, I want to draw these together and add details of a few other illnesses ascribed to the supernatural causes.

The fairies blight and debilitate in a variety of ways.  Overall, medical practitioners recognised that a patient might suffer from being “haunted by fairies” and that she or he might have been “stricken with some ill spirit.” (John Gaule, Select Cases of Conscience Touching Witches, 1646, 49).  These malign attentions might manifest in various ways, depending upon the exact causes.  People might sicken and fade away, having been shot with elf-arrows; they might display similar but much more sudden symptoms after abduction and they might fall victim to paralysis.

In the Scottish Highlands, if a fairy breathed upon a person, they might be covered in huge blisters. A lesser version of these symptoms, the rash called ‘hives,’ was known in the region as the ‘fairy-pox’ or a’ bhreac-sith.

The fairies are well known for their pinching, and severe and persistent symptoms of this were treated as a condition in its own right.  In his attack on the idea of witchcraft, A Candle in the Dark, which was written in 1655, Thomas Ady noted that:

“There are often found in Women with Childe certain spots black and blew, as if they were pinched or beaten, which some ignorant people call Fairy Nips.”

Another book of 1672, a satirical attack on Catholicism, mentions the stigmata and sneers that,  although one priest does not bear the holy marks, “he may have fairy nips, which are as bad.”

In 1671, playwright Henry Carey hinted in the epilogue to his play, The Generous Enemies, at a belief that even greater harm might be suffered by younger victims of this condition:

“like children, just alive,/ Pinched by the fairies, never after thrive.”

On Shetland, there was a condition known as ‘dead man’s nip’ which manifested as a small discoloured spot somewhere on a person’s body. It could be healed by the application of churchyard earth or by brushing with a bible.  This seems very likely to be a northerly version of the English illness, not least because fairies and the dead are often intimately associated, and most especially so in Scotland.

Enlargement of the spleen was also believed to have been inflicted by vengeful fairies.  Thomas Lupton in 1579 made reference to “hardnes of the syde, called the Elfe-cake.” Herbalist William Langham in his 1597 book The Garden of Health prescribed certain ‘simples’ to “heale elfe cake and the hardnesses of the side.”  In these cases the word ‘cake’ seems to be used in the sense of a congealed mass, rather as in ‘cake of soap.’

Very fortunately, as I have described several times, the fairies often supply the cure as frequently as they inflict a blight.  The remedies to fairy illness are as numerous as the illnesses they cause, ranging from using belts and girdles to cure to the many herbal treatments I have described.

For further information on sickness and healing, see chapters 12 and 13 of my Faery (2020).