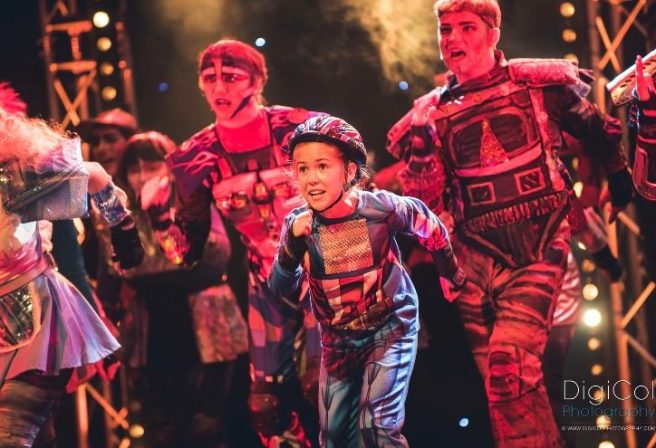 We are all familiar with Andrew Lloyd Webber’s musical, Starlight Express; the truth is, though, that its title was not original: it was borrowed from a 1915 composition by Sir Edward Elgar.

Fantasy and horror writer Algernon Blackwood, who has several faery titles to his name, wrote a novel for younger readers in 1913- A Prisoner in Fairyland.  The text was adapted into a play for children by Violet Alice Pearn and, in due course, the idea arose to create a musical from the stage play, as a “piece of Red Cross work for the mind during the first agony of the [first world] war.”  Sir Edward Elgar, the distinguished classical composer, was approached to provide the songs and incidental music. 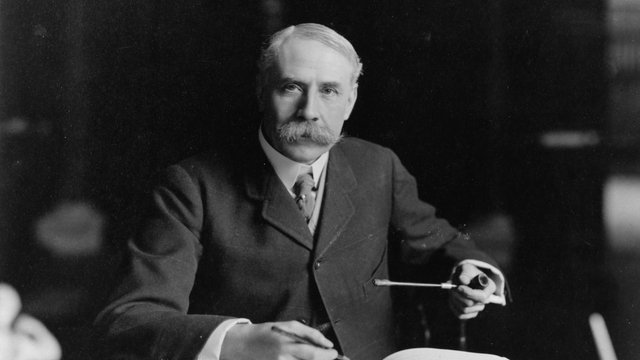 Elgar worked to a very short timescale.  He was asked to compose the score on November 11th 1915 and, by recycling ideas from his youth, he had the music ready for rehearsals at the start of December.  The production then opened at the Kingsway Theatre in London on December 29th.  Whilst the music was praised, the adaptation of the book was not regarded as a success by critics, although the target audience of children seemed to enjoy it, and the production ran for only forty performances over just one month before closing.  There had been practical and technical difficulties with the staging and with the loss of key personnel: both the original composer and the intended producer were called up for military service and Elgar himself was unable to conduct when his wife had a car accident days before the opening night.  The main problem, though, was the script.  Blackwood complained to Elgar at “this murder of my simple little play.  Arts and Crafts pretentious rubbish stitched onto your music by a silly crank who has never read the play.”   The play’s sentimental mysticism seemed to the taste of very few. 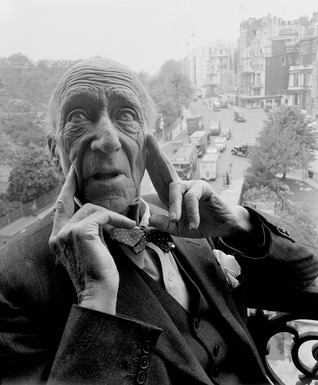 Actually, it seems that the author was not being entirely frank with the composer when he sought to shift the blame like this.  Blackwood and Pearn, the latter being the winner of the Era’s 1913 Playwrights’ Competition for The Minotaur, had in fact begun working together on the adaptation of The Prisoner of Fairyland soon after its publication in 1913 and had sought interest from theatre managements for its production. In fact, Pearn proved to be a prolific dramatist who went on to adapt several other of Blackwood’s works, including Karma- A Reincarnation Play in 1918.  Admittedly, though, she was still something of a novice in 1915, being only 25.

The plot of the hour-long performance is slender indeed.  The general idea is that, in time of war, only children can provide comfort and restore unity.  Conflict was represented by a troubled family whose children form a secret society and identify themselves with the constellations.  They live in ‘star caves’ and their mission it is to restore harmony to the “wumbled” (worried and muddled) adults by using star dust.

As one song puts it:

“Kiss me again ‘til I sleep and dream

That I’m lost in your fairylands…

For the grown-up folk are troublesome folk

And the book of their childhood is torn,

Is blotted and crumpled and torn!”

Sprites descend from the starlight express and scatter their star dust, crying:

“Unwumble deftly! The world has need of you!

They’ll listen to my song and understand

That exiled over long from fairyland,

The weary world has rather lost its way.”

The fairy plan is to sow earth’s “little gardens of unrest” with joy and trust, thereby to restore “Love, laughter, courage, hope.”

We’ve considered before two other contemporary Great War plays, The War Fairies and Britain’s Defenders.  The Starlight Express explores some of the same territory- the function children and fairies may play in restoring peace and harmony- but with fewer direct interventions in human affairs (most notably in the direction of the war) by the Good Folk.

The play’s failure consigned it to obscurity (although Elgar’s score is still performed and recorded) and this apparently enabled Lloyd Webber to purloin the title without any fear of confusion.  Nevertheless, it’s a fascinating little document attesting yet again the role of fairies during wartime in the early twentieth century as well as providing a further illustration of the influence that faery has had upon music- whatever form that may take: opera, concerto or rock song.

See my review of Blackwood’s Prisoner in Fairyland in a separate posting.  For more, see my 2022 book The Faery Faith in British Music which is available from Amazon, either as an e-book (£5.95) or a paperback (£7.95).

6 thoughts on “The real Starlight Express- straight out of fairyland”