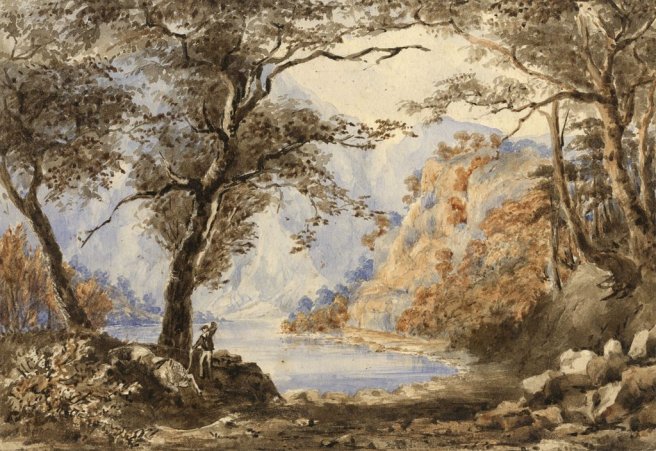 “It was between the night and day/ When the Fairy King has power/ That I sunk down in a sinful fray/ And ‘twixt life and death was snatched away/ To the joyless Elfin bower.”  Walter Scott, The lady of the lake, canto IV

I have discussed before the best times of day to see fairies.  Transitional times between morning and afternoon and between day and night are especially magical and perilous. For example in Beware the cat, written in 1584, William Baldwin mentioned “the Goblins houre” explaining that “After one o’clock at midnight the goblines go abroad and as soon as any cock croweth, which is the houre at three, they retire homeward.”  I want now to focus on one particular liminal hour- that of midday.

In the medieval poem Sir Orfeo the knight’s lady, Dame Heurodyce, falls into the power of the king of fairy by unwisely sleeping at midday.  She “went in an undrentide/ To play bi an orchardside” with her waiting women and then fell asleep until “that underntide was al ydoune.”  Whilst she slept she was transported to Faerie and upon waking is dismayed to find herself back in the mortal world and facing permanent abduction the following day.

The evidence of witches

A few of the Scottish witch trials also demonstrate the significance of ‘boundary times’ of day when you are passing from one part of the day to another or from day to night.  Accused witch Catharine Caray met a ‘great number of fairy men’ near the fairy hills at sunset and Elspeth Reoch met a fairy man whom she had previously known in life- and who had been murdered at sunset…  Dorset witch John Walsh visited the fairy hills near his home either at midday or midnight in order to get advice and instruction from the fairies.

It’s well known to be hazardous to sleep on fairy hills; this is doubly the case if you choose to slumber in the middle of the day.  Here’s a salutary tale from Shetland:

“a young woman was dangerously ill.  She had a fever, caught by falling asleep at midday on top of a little hill.  She died and her father insisted that the fairies had possessed her and left a stock in her place.  He could not be convinced otherwise and smiled at the foolishness of those who denied the fairies.” (Arthur Edmondston, A view … of the Zetland Islands, 1809, vol.2 p.77)

It’s fair to add that another Scottish source records how a child who slept on a sithbruaich (fairy hill) was not taken but was instead endowed with the second sight. (MacDougall, Folk tales and fairy lore in Gaelic, 1910 p.183)

There are various times, days, places and activities at which the human and the fairy world intersect.  Most of these are chosen and initiated by the fay themselves: their intrusion into the mortal world to dance in rings, to abduct children (or adults) and to play music are good examples of these.  Sometimes, though, we can discover what are often now termed ‘portal’ places and, for that matter, times, when the boundaries are weaker or thinner than is usually the case. Access then is easier, although it may continue to be a matter of chance and still be dependent on the faeries’ choice.

You may wish to read the whole of the poem Sir Orfeo– I think it’s well worth it- so here’s a link to the Middle English text.

Rather than reading, you may listen to a version of the poem called Undrentide which was recorded by the Mediaeval Baebes.  Of course, you can try to follow the Baebes’ words using Tolkien’s text… 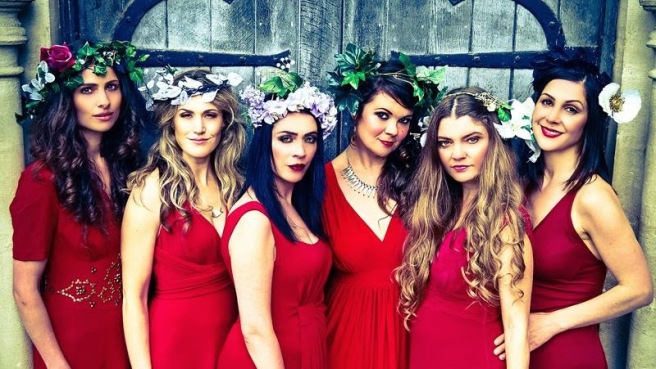 2 thoughts on “Undrentide- the fairy hour”