Elsie Wright presented with a posy of harebells

The Fairy Investigation Society‘s recent Fairy Census, published in January this year and covering 2014-2017, is a fascinating snapshot of contemporary perceptions of the fairy realm.  As I have already discussed, there is much that is new in modern fairy sightings, but there is also much that seems to come straight from traditional folklore sources, mixed up with the more contemporary and anomalous experiences.  There are quite a few experiences which would be very familiar to our ancestors of the sixteenth and seventeenth centuries, although the examples of each are all quite limited in number.

The sorts of aspects of Faery I’m discussing here tend to be those that sit less well with the benign image of fays that has become so prevalent now.  Here are a few examples:

The Census therefore presents us with an intriguing combination of traditional and wholly novel elements.  Only a few of the encounters involve interaction, so that the majority are descriptions of brief sightings (frequently of flying beings).  Nevertheless we come away with the impression that fairy encounters are an evolving body of law, with new perceptions or reactions added to the older understandings.

See too my posting on who believes in fairies for some further discussion of the Census statistics and their breakdown by age and gender. 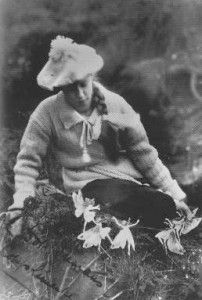 5 thoughts on “Traditional material in the Fairy Census”