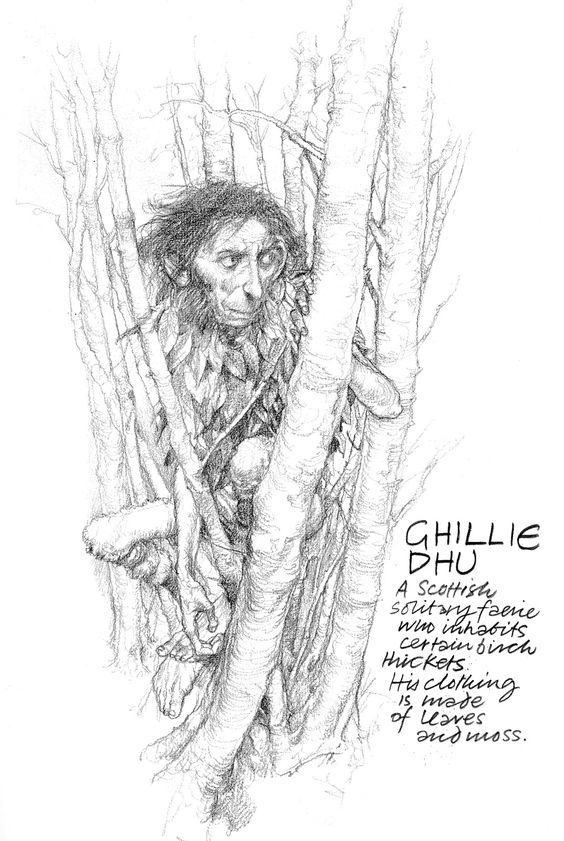 The standard account of the fairies’ dealings with human children is a sombre one: they steal infants and leave changelings in their place, bringing grief to mortal families.  Reassuringly, this is not the whole story.

Our Good Neighbours have been known to help children in need, much against their accepted character.  In addition, the changeling phenomenon might perhaps be something of an exaggeration, albeit for purely practical reasons: Catherine Dawson Scott, writing in the Fairy Investigation Society journal for 1929 on the subject of Cornish pixies and spriggans, had this to say on fears of infant theft:

“I think a human baby would be too big for a fairy to manage. After all they are only little folk, at the most, two feet high and a baby would be a giant to them. It would grow and grow, it would want food, it would scream. Altogether it would be more of a nuisance than a joy. Whatever else the fairies may do, I fancy they would draw the line at burdening themselves with a baby – so you need not worry about that.”

Perhaps Dawson Scott is right, but in any event there is evidence of a kindlier nature than her rational explanation allows for.

From Norfolk come the little known hyter (or hikey) sprites.  They are small and elusive fairies, but they are said to be favourable to humans and will return home lost children they come across (and stray donkeys too).  Oddly, the threat of the sprites was actually more frequently deployed by parents as a sort of nursery bogie to get children to behave.

A similar report is made of the Scottish Highland spirit called the gille dubh (the black boy).  His hair is black and he dresses in moss and leaves, haunting the woods at the southern end of Loch a Druing near Gairloch.  He was well known and often seen in the latter half of the eighteenth century and once found a girl called Jessie MacRae wandering at night in the woods.  He looked after her kindly and took her home in the morning.  Jessie was, in fact, the only person to whom the Gille was ever known to have spoken.  More generally, Campbell reported in his Superstitions of the Highlands and Islands of Scotland (1900, c.1, p.40) that Scottish fairies would “sometimes take care of children whom they found forgotten.”  Whether he only referred to the gille dubh is unclear.

Lastly, we have the story of Bettie Stoggs from Cornwall.  Robert Hunt reported in Popular Romances of the West of England that throughout the ‘high countries’ of Penwith (the parishes of Morvah, Zennor and Towednack) it was said that the fairies would take poorly cared for children and clean them.  This was Stogs’ experience: she drank, and neglected both her home and her child, but the pixies removed the infant, washed its clothes and left it near the cottage covered in flowers.

Setting aside the fairies’ traditional wish to acquire human infants, it was widely accepted that those children would be well-cared for when they were in fairyland.  That being so, it is not improbable that they might on occasion extend the same care and affection to children in (or sundered from) their own home.

I discussed the abduction and substitution of children in my posting on changelings.  An expanded version of this text will appear in my next book, Faeries, which will be published by Llewellyn Worldwide next year.