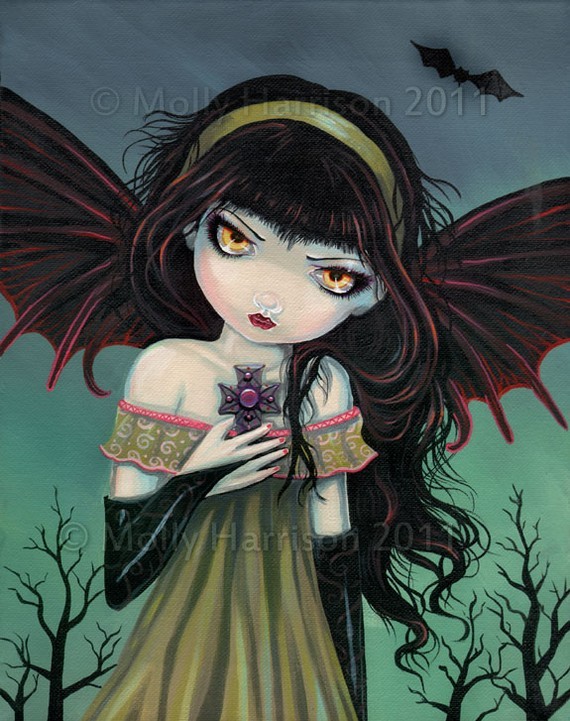 I have written several times about fairy blights and the perils of contact with fairies.  I want in this post to draw your attention to a couple of references suggestive of an even more sinister aspect to the character of some fairies.

Firstly, a few lines from Shakespeare’s Comedy of errors.  In Act 2 scene 2 the character Dromio of Syracuse exclaims:

“This is the fairyland.  O! The spite of spites,/ We talk with goblins, owls and elvish sprites: If we obey them not, this will ensue, They’ll suck our breath, or pinch us black and blue.”

I hope many of you will be familiar (at least by now) with the idea of pinching as a regular punishment; it is a fairly harmless sanction for the relatively minor transgression of poor housekeeping. But, “suck our breath”? This is far more deadly sounding, and for many will conjure up thoughts of dementors in the Harry Potter series.  I think we have to assume that Shakespeare knew whereof he wrote in these lines: he seemed to draw on authentic folklore for much of his fairy material, so this presumably reflects something he’d encountered.

Relevant to this may be a fragment from Rudyard Kipling.  He wrote a story called ‘fairy-kist.’  The meaning was explained thus:

“He’d been wounded and gassed and gangrened in the War, and after that … he’d been practically off his head.  She called it ‘fairy-kist.'”

“Meanin’ he’d been kissed by the fairies?” McKnight enquired.

“It would appear so, Sandy.  I’d never heard the word before.  West Country, I suppose.”

We have here the suggestion of oral assault, a possibility of a folklore source, and a description of the impact upon the man’s mental health.

Then we have a chilling tale of fairy vampirism from the Highlands of Scotland.  Four hunters on the Braes of Lochaber stayed overnight in a bothy.  Shortly after each had lamented the absence of their girlfriends, the women entered the hut.  Whilst the others were in their lovers’ arms, one man was suspicious and held off his alleged sweetheart with his knife and by playing a (metal) Jew’s Harp.  The women disappeared at cockcrow; they had not been girls but glaistigs and his three companions lay dead, their throats cut and their bodies drained of blood.

In fact, Lewis Spence devoted a whole section of his book, The fairy tradition is Britain, to the subject of the ‘Vampirical attributes of fairies’ (chapter XIV, pp.268-269).  If fairies are indeed the dead, their desire for the lifeblood of mortals would make complete sense.  It was said in both Scotland and the Isle of Man that water was left out for the fairies overnight not so much as a courtesy, but to give them something to quench their thirsts so that they would not take the sleeper’s blood.  Consumption was believed in Scotland and Ireland to be the progressive result of such fairy bleeding.  In Cromarty it was believed that the ‘lady in green‘ carried her child from cottage to cottage at night, bathing it in the blood of the youngest inhabitant (Hugh Miller, Scenes and legends of the north of Scotland, p.15)  There are similar Highland tales of bird-like green women who crack bones and drink blood; there is, finally, a tale from Skye similar to that of the four men of Lochaber: eight girls tending cattle were attacked by an ‘old woman’ who sucked the blood of all but one.

Now, we know that some fay beasts exist solely to catch and consume hapless humans.  I have described kelpies and water bulls elsewhere.  The vampire-like faery maidens just described are somewhat different, and they are using their physical allure for novel ends.  Again, seduction by fays with a view to abduction to faery is a familiar enough theme, but this is gruesomely different. 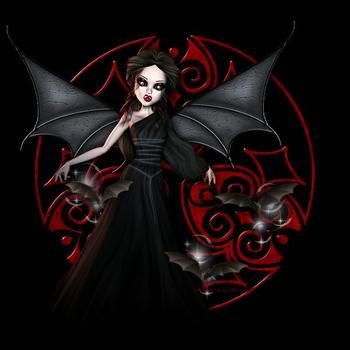 This subject has also been examined on the strange history site..  In this article Beachcomber critically dissects Spence’s section on vampires in detail- and largely rejects the evidence he presents.  Readers can click the link and draw their own conclusions; my response is that the writer is correct in his case, but that he achieves this by his own manipulation of categories.  He criticises Spence for this but then isolates so-called ‘trooping fairies’ from other supernaturals when I think such hard and fast boundaries (although useful) are hard to maintain in individual cases.  In any event, the ‘trooping fairy’ is really an Irish and Highland concept and not something found in most of mainland Britain south of (?) Perth.  In addition, the line from the play indicates that there may be a little more substance to the idea of stealing the life force than Beachcomber had realised.

Have readers any other examples of vampirism to add?

A vampire fairy by Trevor Brown