Folk tradition is insistent upon the fact that there are certain days when fairies are more likely to be abroad in the world.  We can be certain, then, that there are more auspicious days in the week for seeing our good neighbours- the practical problem for us is the absence of consensus over which days.

The earliest account we have is from Wales, written by Richard Penry in his polemic The aequity of a humble supplication in 1587.  He asserts that certain soothsayers and enchanters claim “to walk on Tuesday and Thursday at night with the fairies, of which they brag themselves to have their knowledge.” In 1880, Wirt Sikes published British goblins, an account of fairy belief in Victorian Wales.  He identified Friday as the fairies’ day in South Wales, “when they have special command over the weather, and it is their whim to make the weather on Friday differ from that of other days of the week.” (p.268; see too Edmund Jones, The appearance of evil, para.116)  This may of course just be the nature of British weather and not evidence of any supernatural intervention….

In Scotland Friday was also identified as the day when misfortune was in the air and fairies roamed the human world.  To speak of them could attract them, as Sir Walter Scott described in Minstrelsy of the Scottish Borders, so that a highlander:

“Will on a Friday morn look pale,/ If asked to tell a fairy tale.” (Scott, Marmion, Introduction to Canto IV)

In fact, so great was the fear engendered by the superstition, that even naming the day was to be avoided.  Accordingly, Fridays were only mentioned as “the day of yonder town.”  By way of contrast, it was believed that the fairy folk could do no harm on Thursdays.

From Ireland comes evidence to confuse us if we believed some sort of pattern had been emerging from ourevidence.  One Irish researcher was told to avoid mention of the fairies on Mondays (Leland Duncan, writing of Leitrim in Folklore, vol.7, p.174).  Lady Wilde, though, was advised not to mention the sidhe folk on Wednesdays and Fridays (Ancient legends of Ireland, p.72), with the latter day being especially perilous.

There is a lot less evidence for England, but the Denham Tracts, a collection of folklore for Northumberland and the Scottish Borders, record that Wednesday is “the fairies’ Sabbath or holiday.” (pp.86 & 115)

So, there we are: be on your guard on Monday, Tuesday, Wednesday, Thursday and/ or Friday, but most especially on the latter day.  We might add that, on Shetland at least, Saturdays were also regarded as unfavourable as this was the day when the trows emerged and entered people’s homes.  It is probably understandable why Sundays are not ‘fairy days’ given the prevalent modern idea of an antipathy between Christian faith and Faery (see my recent post).  As for the fairies’ preference for Fridays, as Wirt Sikes observed, it was traditionally believed to be the day of the crucifixion by the church and so was a day thought to be subject to malign influences. 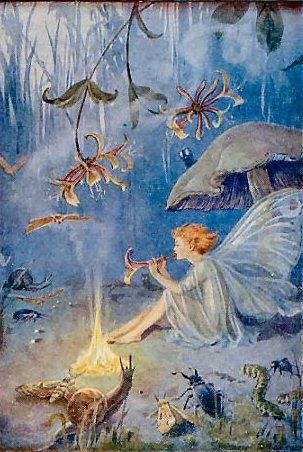 Not only did the fairies have favourite days on which to venture forth, they also favoured certain times of day.  Examined on suspicion of witchcraft in August 1566, Dorset healer John Walsh admitted that he had made contact with the local pixies, visiting the hills in which they dwelled “between the houres of twelve and one noon or at midnight.”  The Reverend Edmund Jones’ account of the fairy beliefs he had found in Aberystruth parish in Gwent in the 1770s echoed Walsh- to some extent.  The fairies had been encountered by parishioners at all hours of the night and day, but more at night than in the daytime and more in the morning and evening than at noon (p.69).  As I have described before, the link between fairies and the night time is especially strong and well established, invoking as it does our fear of the dark as well as more benign images of fays skipping in rings by moonlight (see my post on night-time and the fairies and my British fairies c.17). 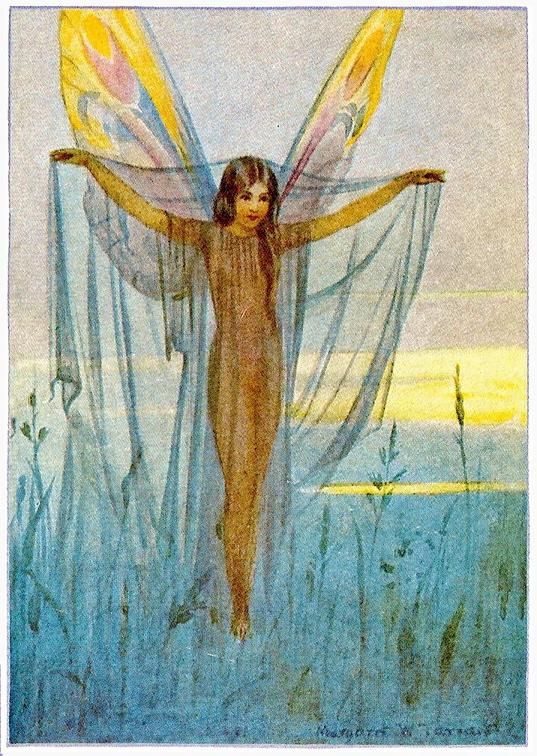 See too my companion post on the best fairy festivals and seasons.  An expanded version of this text will appear in my next book, Faeries, which will be published by Llewellyn Worldwide next year.

8 thoughts on “When to meet the fays: the best days and times”